Driving Under the Influence of Drugs

This page discusses the specific charge of DUI for drug use. To view a more general discussion about DUI charges in Kentucky, click here.

DUI cases involving drugs have many legal intricacies. There are many statutory and medical requirements which must be met before the prosecution can introduce your blood results as evidence against you. For instance, the blood test must occur within two (2) hours of vehicle operation. If blood is drawn outside of this two-hour window, the prosecution must prove actual impairment from the drug or may lose the evidence altogether. This is especially difficult for drugs that are not measured in levels, such as Amphetamine. Hire a team of Lexington DUI lawyers that understand these important details and are prepared to fully develop your defense.

Did you know that a police officer is required by law to use a special testing kit for a DUI blood draw? That’s right – if a hospital uses a standard blood draw kit, that blood draw is more likely than not inadmissible as evidence against you. Did you know that prosecutors lose the “presumption of guilt” against you if have a valid prescription and are within therapeutic levels of your prescription? Again – it is important to hire a team of attorneys who are experienced in DUI defense and know what evidence to challenge.

Hire Our Professional Defense Lawyers for Your DUI Charges

Edward Cooley is one of the very few attorneys in Kentucky to be a member of the National College for DUI Defense. Each of our attorneys attends National Association of Criminal Defense Attorneys (NACDL) seminars in Nevada regarding new, cutting edge defenses to DUI charges. Driving Under the Influence of Drugs cases are especially complex because they require an understanding of both scientific and legal processes. If you want your case thoroughly evaluated and vigorously defended, contact us at 859-258-2697 to speak with an attorney about your DUI charge.

Get The Compensation You Deserve Now

Don’t fight a multi-billion dollar insurance company alone. Have a team of skilled attorneys on your side who understand the tactics used by insurance companies to trick you into accepting a low-ball offer. Our attorneys aggressively pursue the maximum payout by the insurance company, and will not be bullied. Hire personal injury attorneys who have been there before – and know how to win! 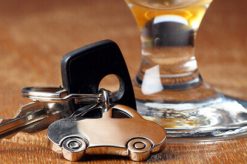 Driving Under the Influence of Alcohol

With small firm price and flexibility. All of the law firm
without all of the overhead.